From the very talented Dick Gillman - who, recently (as can be seen by the previous post) gave away one of his books for free to us!
You know what's interesting? Dick designs his covers himself - isn't that impressive?
Here are the covers, and some of my favourite lines from his Sherlock Holmes series (Don't worry, there are absolutely no spoilers ahead - you can happily go and buy the books from Smashwords):
The Star of Bithur
The Duke’s carriage had been waiting at the door and Holmes had already climbed inside. “I say Holmes, that was a little abrupt!” Holmes was silent, he was not a man who was easily moved, but on this occasion he was. “I was humbled Watson” and he would say no more. 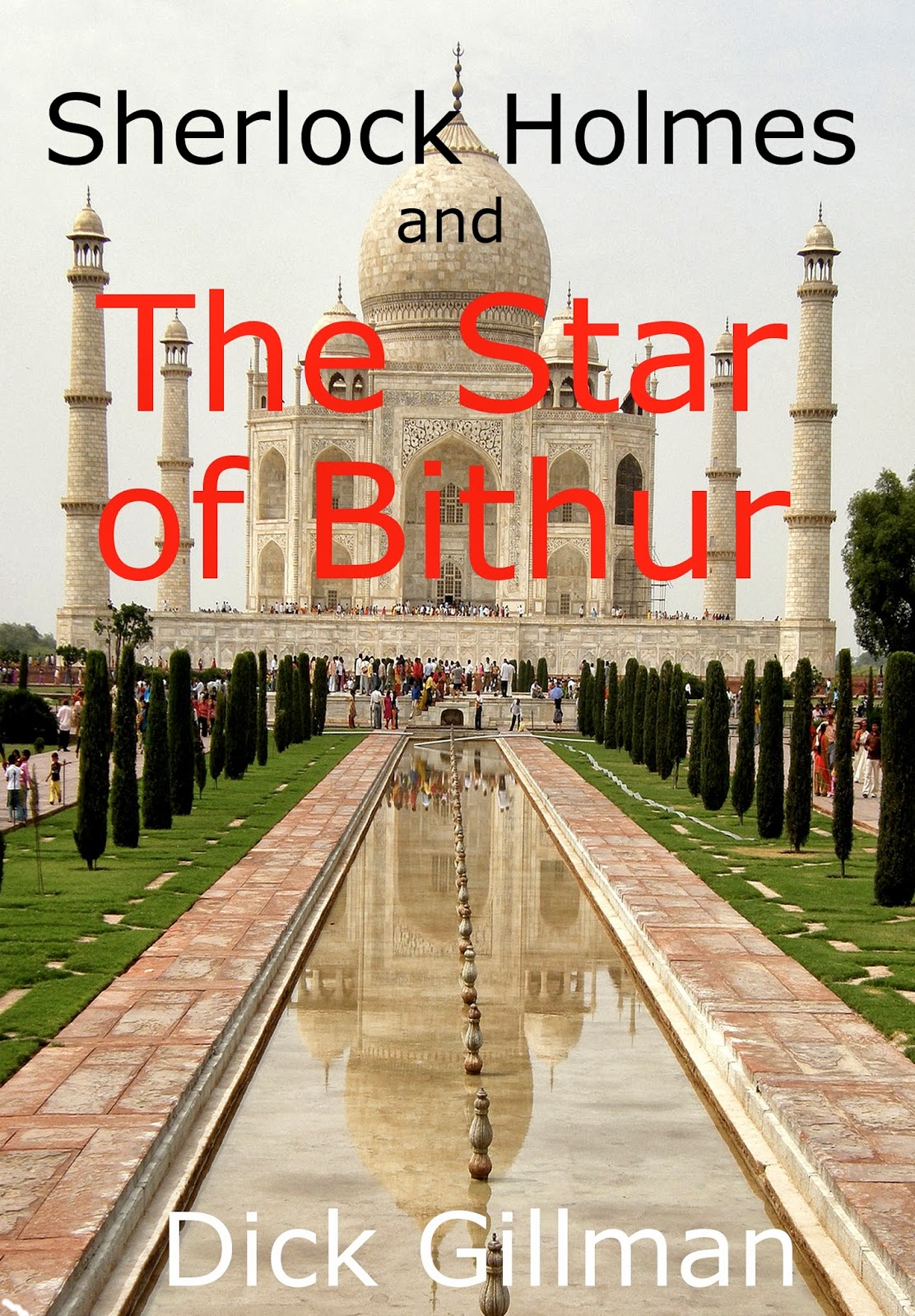 The Birchwood Affair
“What is that, Holmes?” I enquired.
Holmes glanced across at me and continued playing. "I'm surprised you don't know Watson, its L'Inverno, Winter, I thought it quite apt."
“Hmpf...I would not say it was obvious.”
Holmes stopped playing. “What? You can't hear the thunder and lightening?” Springing from his chair he plunged into an energetic display of bowing.
“Ah, yes, I see” said I, waving my hand and hoping to end the tumult of sound now assaulting my ears. 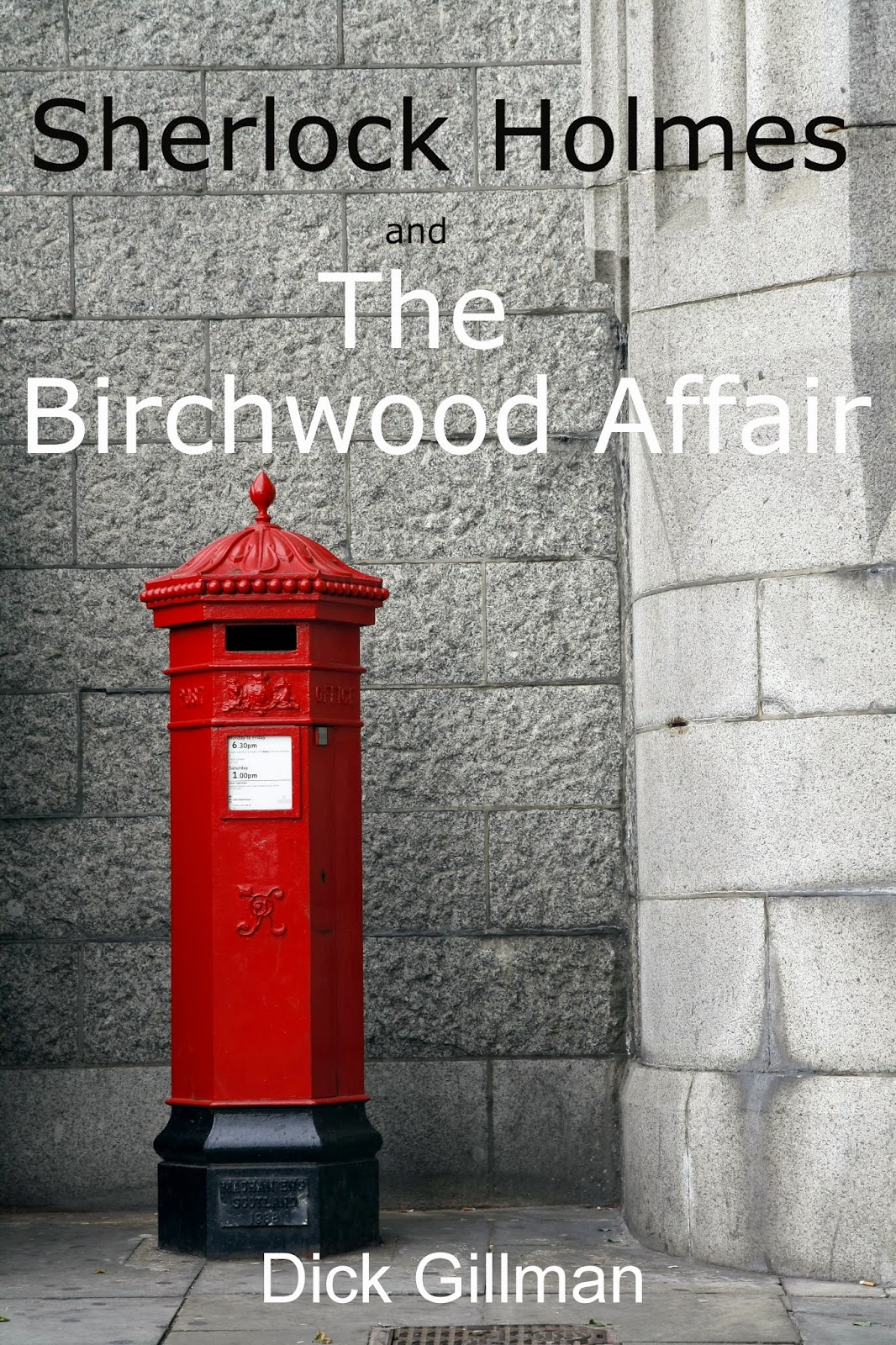 The Cagliari Affair
For myself, I was staggered. Holmes had never mentioned this friendship and I had barely recovered my senses when I was introduced.
Holmes turned to me, saying "Let me introduce my friend and colleague, Dr John Watson."
The  ambassador almost leapt forward in his eagerness to shake my hand. "Ah, Dr Watson, I have heard so many good things about you from Sherlock. 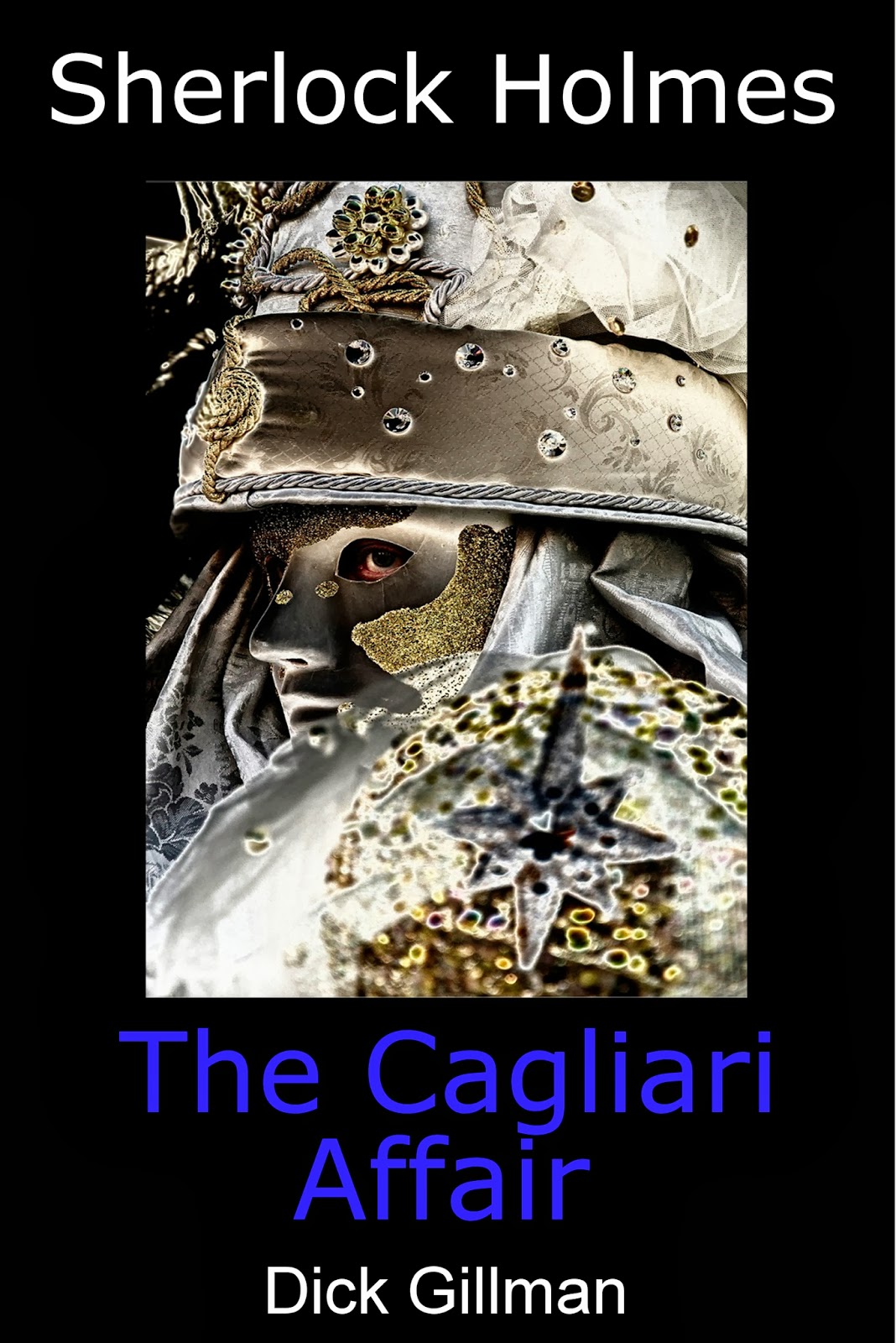 The Bishop's Tie-Pin
Like a fool I replied, “Well, it does pain me sometimes, especially in the winter...” Holmes leaned towards me, one eyebrow raised, a mischievous look in his eyes. “...No! No! Absolutely not Holmes, I cannot be seen to enter such an establishment!” 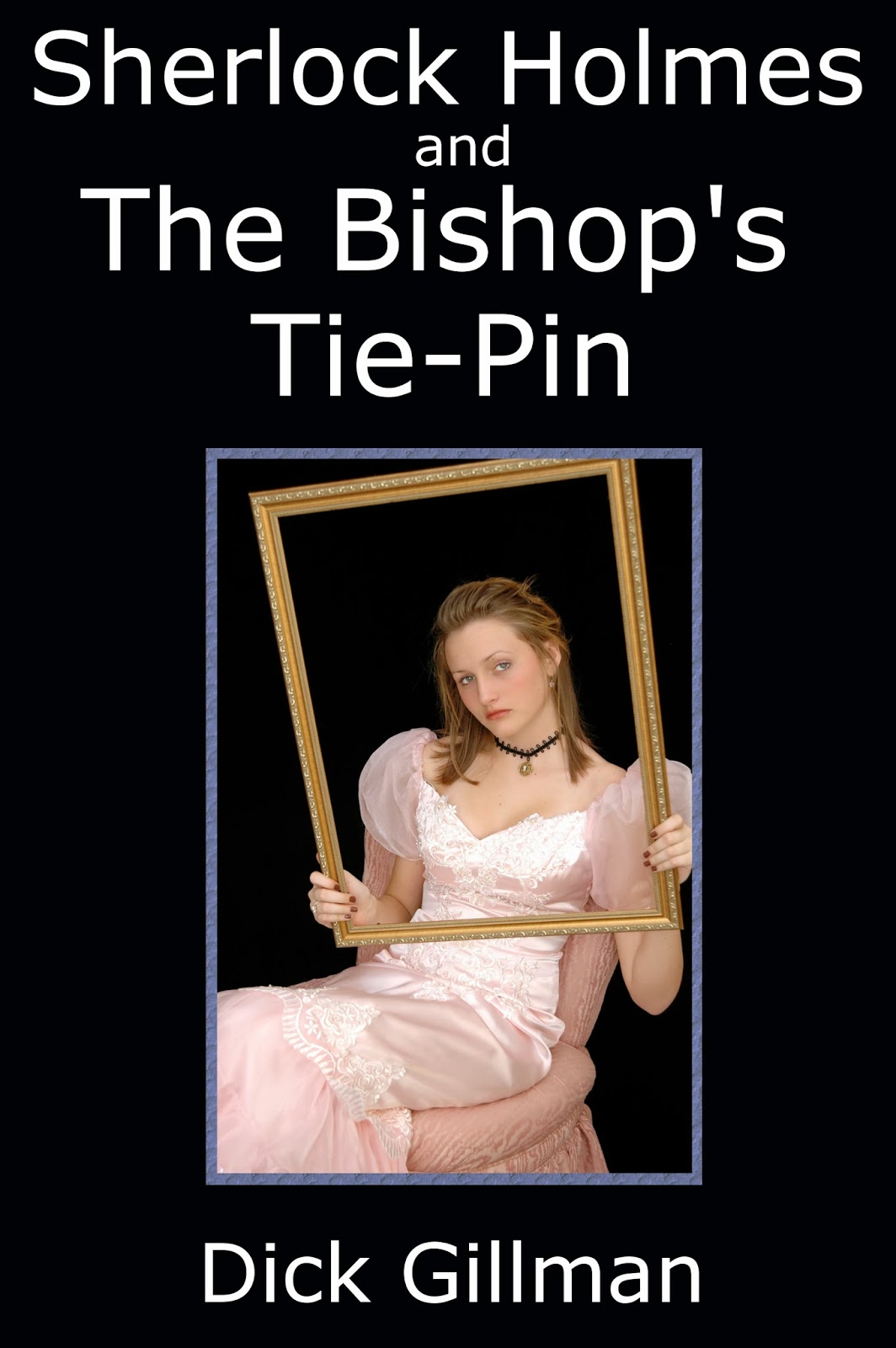 The Rattle Jacks Affair
We had finished dinner and were just relaxing with a pipe of tobacco when a loud ringing of our door bell followed by raised voices caused Holmes to become instantly alert. A tumultuous staccato of footsteps on the stairs preceded our door flying open and two bedraggled figures hurtling into our rooms. Both were soaked to the skin and their entrance was swiftly followed by that of a clearly enraged Mrs Hudson.
An additional one (I just couldn't resist) - I firmly believe that the tear on Holmes cheek was not one of hers. 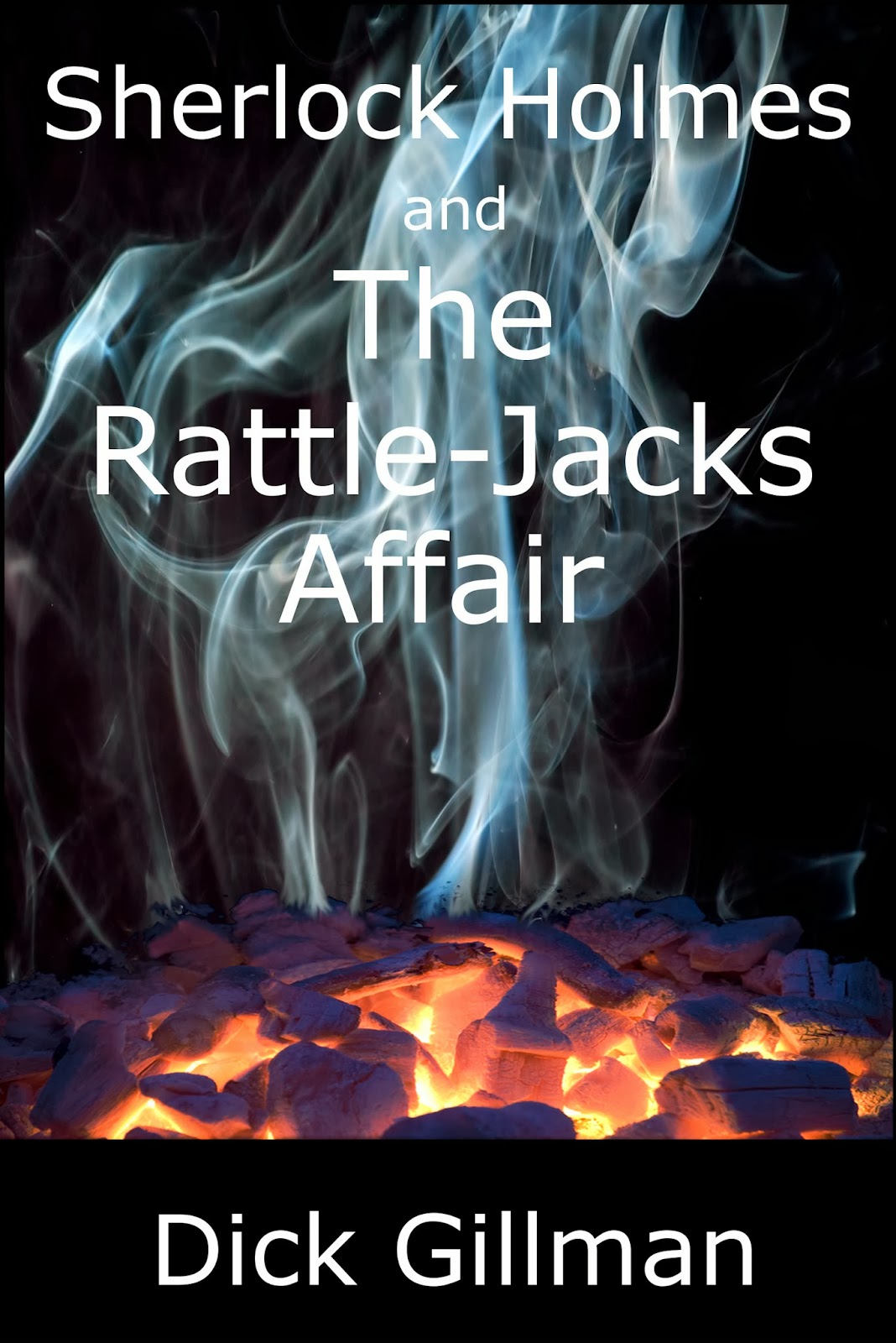 If you ask me what I liked best about the series - I'd say it would be the plentiful appearance of Mycroft. I adore Mycroft Holmes, and my favourites pastiches/adaptations are where he has significant roles. Mycroft is a magnificent character - powerful, enigmatic, brilliant. And he is the older, smarter brother of Sherlock Holmes, who worries about his little brother - constantly. I'd have put in more quotes from the series about Mycroft - but those would contain spoilers...and when you're looking forward to reading a story, the last thing you want someone to do is to reveal the essential plot elements.
You can buy the entire collection together, as well! 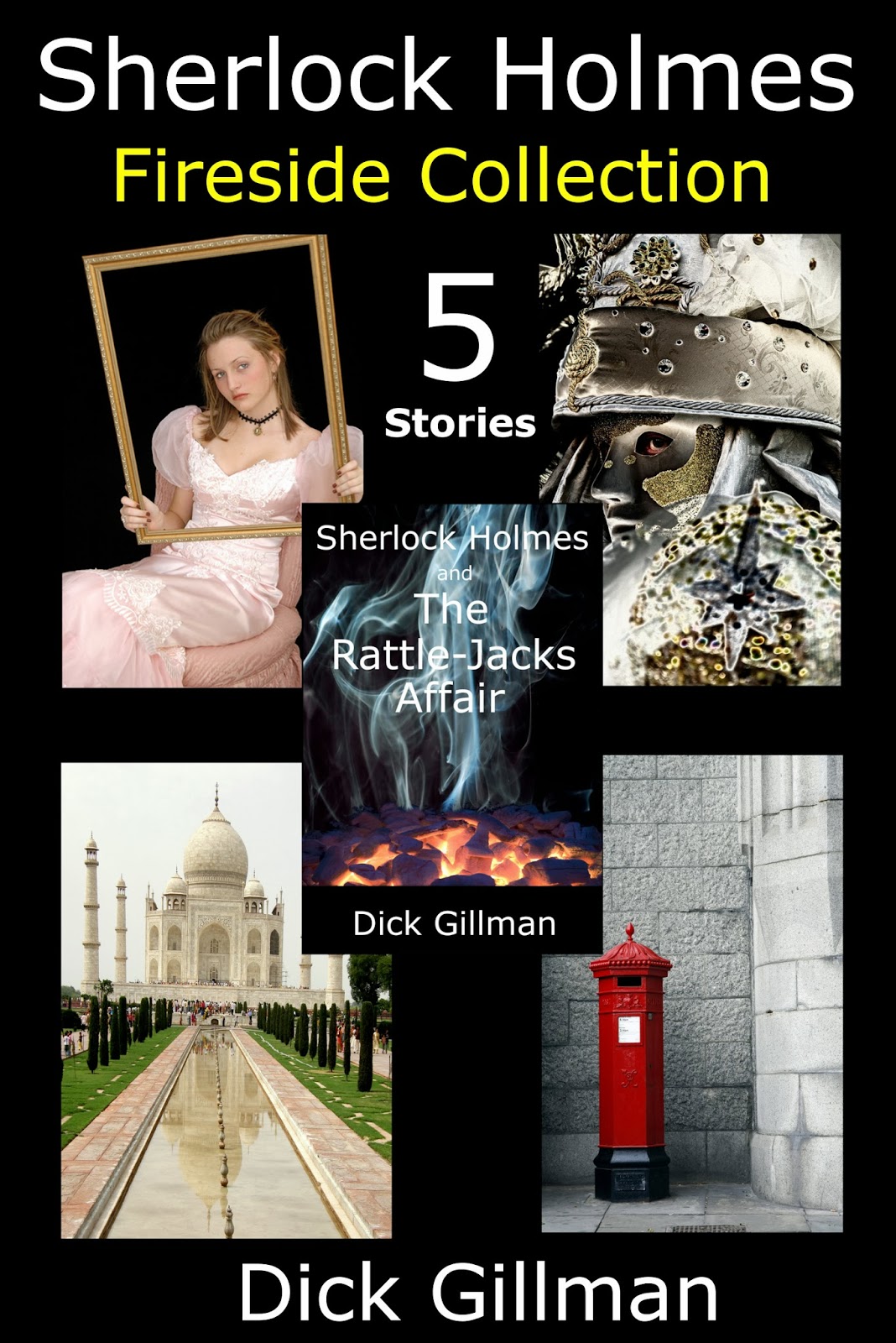 We'll have a detailed showcase feature on Dick's book (straight from the horse's mouth) in our next issue of Proceedings of the Pondicherry Lodge.
Meanwhile, enjoy the books - and remember to let Dick know how you liked them!
Posted by Dea at 10:49 AM