Book Launch - Petr Kopl: The Hound of the Baskervilles


After the resounding success of the English translation of "A Scandal in Bohemia" from the original Czech, MX Publishing has taken up "The Hound of the Baskervilles" next. The Kickstarter Project, of course, was oversubscribed within days. Only a handful of copies remain, and with five days to go, if you haven't booked it yet, I'd suggest doing so right away! Pick up your book here.


Anyhow - about the book launch. On 22 November 2014, Steve (Emecz) has organised a book launch at the quaint Park Plaza Sherlock Holmes Hotel on Baker Street. Petr is flying down from the Czech Republic - so you can meet Petr in person and get him to sign your copy. Bundled signed copies are available, too - I am eyeing the bundle of four. It has two of Petr, and two of Luke (Benjamen Kuhns) - the entire MX graphic novel collection so far...and all signed! (And I can attest to the excellence of all four - yup, read them all!) Plus, Petr, Luke and Steve are lovely people to meet. You can also make a contribution to the Undershaw Preservation Trust and feel good about yourself! Generous as ever, Steve gives away raffle tickets as usual, and the prizes are amazing! Book your tickets here - before they are sold out!


Here's the cover - gorgeous, isn't it? And as one of the privileged few to have glimpsed the inside, I can confirm that the entire book is just as beautiful. If you follow MX Publishing, you would have seen some of the panels Steve has put up, and you would know exactly what I am talking about. And if you have already read Petr's "A Scandal in Bohemia", I don't need to say another word. Yes, here is a book you can judge by its cover! 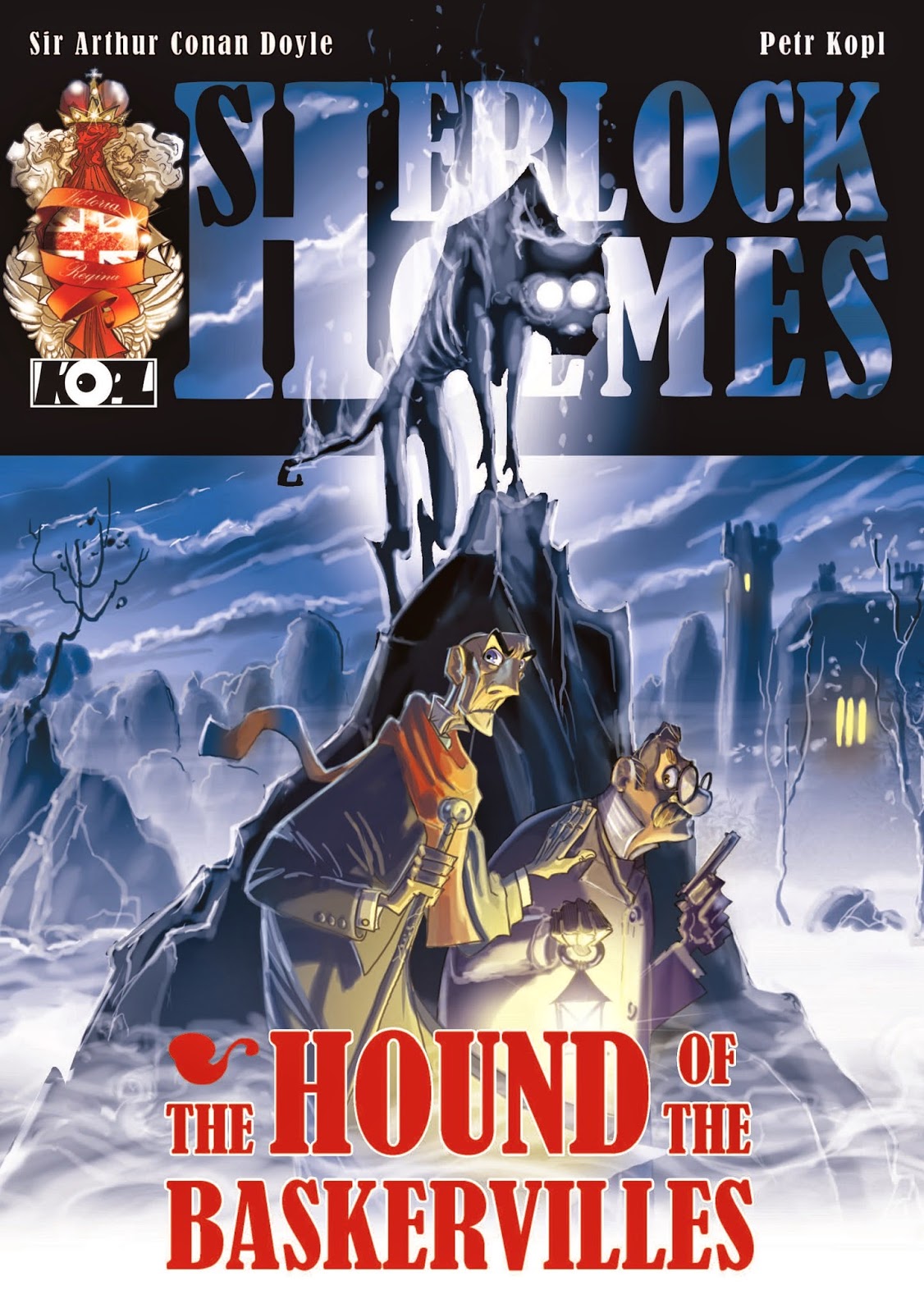 Interesting bit of trivia - The Hound was actually the first Sherlock Holmes graphic novel created by Petr in Czech.
To sum up the book launch:
Hope to see you there!
Posted by Dea at 7:54 PM